The first edition under the name of West Pomerania WCCI catheterization Workshop was held in the spring of 1997 in Szczecin and attended by over a hundred people. Systematic increase in interest in this form of exchange of experience caused the Workshop quickly gained in importance and now have the status of a prestigious international conference, which each year brings together more than 1000 participants, mainly physicians, nurses, technicians and representatives of the pharmaceutical industry.

Main topics of WCCI are focused primarily on issues related to the diagnosis and treatment of acute coronary syndromes, stable angina pectoris, structural and valvular heart diseases and peripheral arteries disease. WCCI offers an unique opportunity to observe many ”live cases of” various types of interventional procedures, active presentations of own experience, as well as to participate in panel discussions with the most eminent experts. Each year there are also sessions dedicated to new challenges and innovations in interventional cardiology and issues related to imaging. Participants also enjoy hands-on training, as well as sessions for students. Most sessions will be based on case presentations (Learning the Technique, How Should I Treat Case Review), and simulator’s training sessions. There are also industry-sponsored satellite symposia presenting the most recent research and developments. 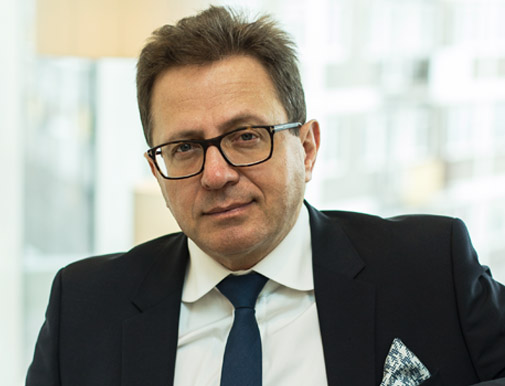 Professor Robert Julian Gil, MD, Ph.D., a graduate of the Pomeranian Medical University in Szczecin has been the head of the Department of Invasive Cardiology of the Clinical Hospital of the Ministry of the Interior and Administration (MSWiA) in Warsaw, one of the most efficient centres of Interventional Cardiology in Poland since 2001. In 1997-2004 he was the Chair of the Invasive Cardiology Section (Working Group) of the Polish Cardiac Society, and a member of its Board (as a past president) for the next 3 years. Since 2001 he has been in the Expert Team handling accreditation in cardiology appointed by the Polish Minister of Health. Since 2002 he has been a Consultant of Healthcare for the Ministry of the Interior and Administration in the field of cardiology.

His scientific interests include mostly the evaluation of atherosclerotic plaque, coronary stenosis, diagnostics and treatment of complex lesions, including bifurcation lesions. He is also interested in the use of percutaneous revascularisation in acute coronary syndromes. For many years he has participated in international clinical studies evaluating medicines and devices supporting coronary angioplasty.

His achievements include over 200 publications in peer-reviewed journals, out of which more than 60 were published in foreign journals (IF close to 200). Moreover, he co-authored 30 chapters of books on interventional cardiology and more than 300 convention reports, out of which more than 100 were presented at prestigious international conventions on clinical electrophysiology and invasive cardiology. Since 2005 he has been a research fellow in the Mossakowski Medical Research Centre of the Polish Academy of Sciences in Warsaw. In June 2013 he was appointed as professor in that Institution.

He initiated annual National Workshops on Interventional Cardiology, which after 5 editions in Szczecin were moved to Warsaw as the Warsaw Course on Cardiovascular Interventions. Their 19th edition is planned for April 2015.

Since 2007 he has been a member of the exclusive European Bifurcation Club handling the questions of diagnostics and treatment of bifurcation lesions.

Since 1994 he has been a scientific reviewer of monthly Kardiologia Polska, since 1998 – Folia Cardiologica (currently Cardiology Journal), and since 2000 – Polski Przegląd Kardiologiczny. In all of these magazines he is a member of Editorial Boards, and in Kardiologia Polska was the editor of column “Angiogram of the month”. Since 2009 he has regularly reviewed papers sent by to the American Journal of Cardiology, EuroIntervention, Journal of Interventional Cardiology and Circulation.

In 1999 he was appointed as the editor-in-chief of the Invasive Cardiology journal and is performing these functions up till today.

Since 1999 he has been active in the Working Group on coronary circulation of the European Society of Cardiology (ESC), which in September 2006 transformed into the European Association of Percutaneous Cardiovascular Interventions (EAPCI). In 2009 he was assigned to its Grant Committee. In June 2000 he was awarded a prestigious title of the Fellow of European Society of Cardiology. Since 2001 he has been regularly invited to actively participate (Faculty member) in such prestigious Congresses and Workshops of Interventional Cardiology as: EuroPCR, TCT, TCT Russia, ICI in Tel Aviv, European Bifurcation Club meetings and many national congresses. 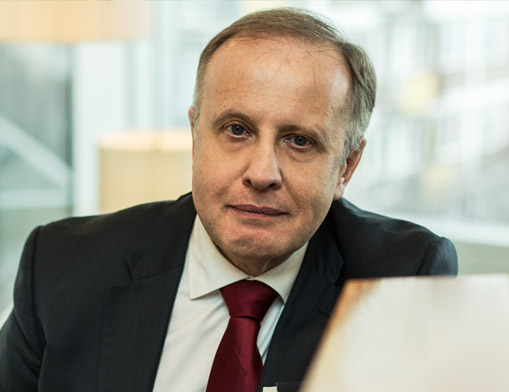